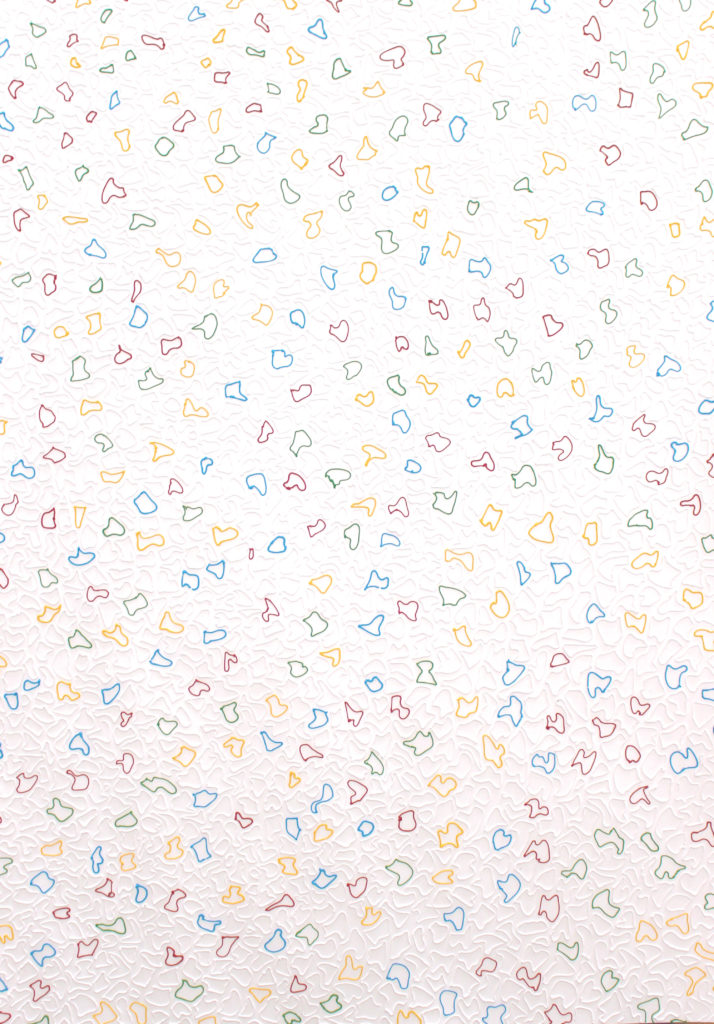 If it were a letter, it would bring with it a sound.
If it were a phrase, it wouldn’t make sense,
If it was a game, someone would have broken the rule,
But being a drawing, I just get the shape.

I write with images: something from which I won’t subtract meaning, except when to decide to complete its meaning.
Where the opening of the graphic expression is projected on the support, the lines describe ways that won’t be enough to connect a sign to one as the language usually serves us.
The project promotes a game with what is essential to the language and to its structure, as well as the writing and its inherent drawing, in a gesture of a calligraphic cacophony capable of composing and marking another attribution of writing and the game – its formulation and visual expression.