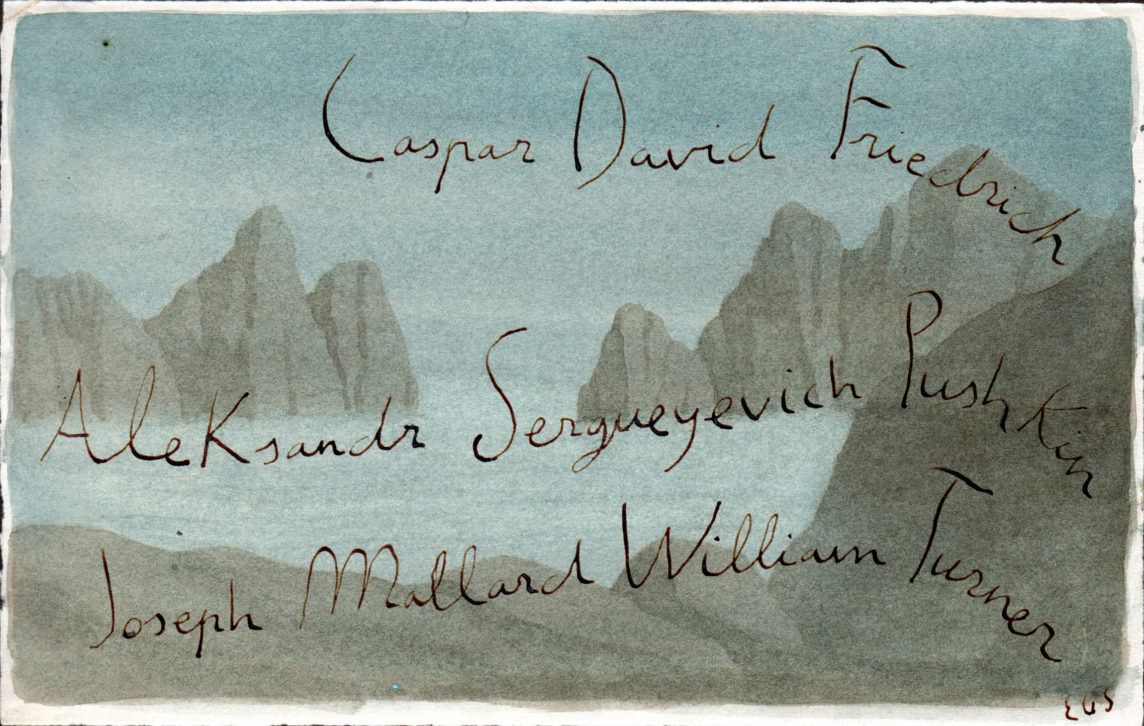 Graduated in Fine Arts from the Basque Country University, Spain. Emilio González Sáinz lives and works in Periedo, Cabezón de la Sal (Cantabria). In his project are presented works of two different series. On the one hand, Indian ink drawings made of a single trace and identical thickness throughout its development where he constructs a kind of “letters” with reference to the genealogical charts. Then he makes lists essentially of writers and artists in them, but also of explorers, musicians, poets or singers, with whom he tries to demarcate a certain moral territory, as a field of intentions for his work.
On the other hand, some drawings also in Indian ink, but realized on his own watercolors of previous series where he reproduces the same genealogies. They appear, to some extent, as stereotypes of a part of European culture from the past three hundred years. These drawings can be related to books linked to the knowledge of nature as part of work and also individual pleasure.