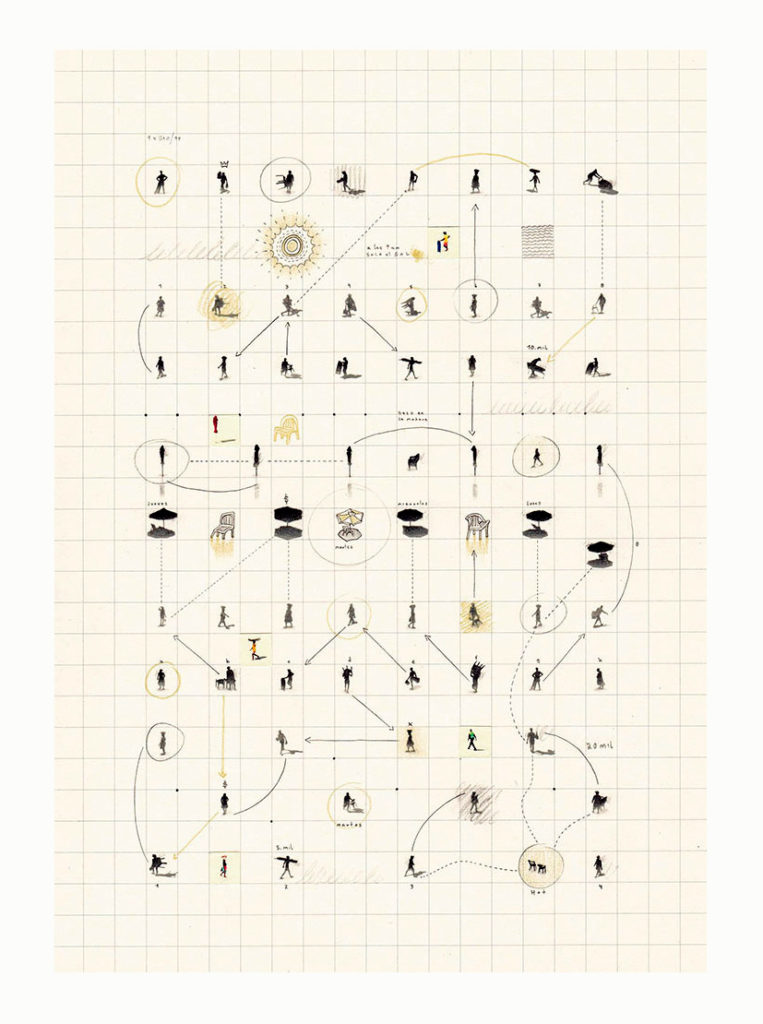 Felipe Bedoya’s project portrays the Colombian Pacific from a social point of view, focused on biodiversity, displacement and migrations, being these issues fundamental even in an international level.
Drawing and photography are the bases of this project, generating a mixture of techniques that are an evidence of a reality, and at the same time, an interpretation of the unknown, of what is not visible to the eye, in plain sight.  The nuances and virtues of a daily situation that paradoxically becomes infinitely beautiful.
His work relates identity, mysticism, beauty and particularity of its environment; it becomes a story in itself suggesting an ambiguity and a paradox. The words slip overlapped by an implicit discourse, in which it does not matter who, where, or when, as long as it is confronted with the emotional charge of its origins, its essence and instincts.