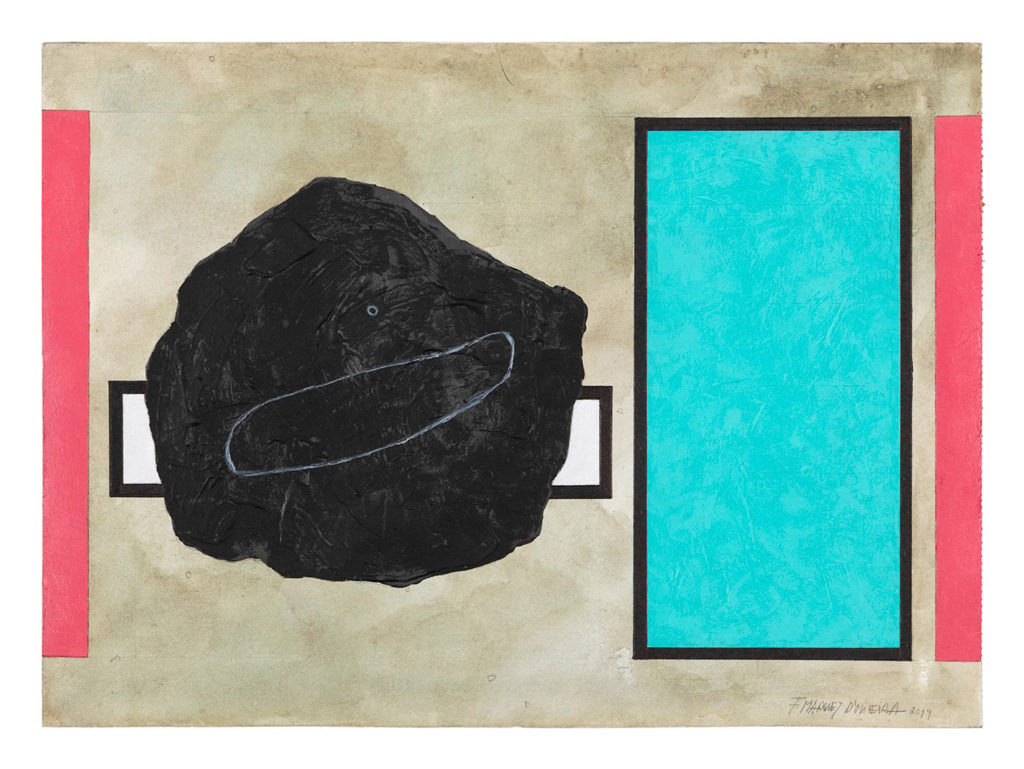 Fernando Marques attended the Porto School of Fine Arts and the Watermael-Boitsfort Academy in Brussels, where he lived. In 1980, he founded, in Porto, the Galeria Roma e Pavia, one of the first to disseminate contemporary art, which he directed until 1986.
Fernando Marques de Oliveira contributed to the renewal of the Portuguese artistic landscape in the early 1980s. His work is characterized by the search for a simplified, almost minimalist space and a clear and balanced sense of expression and unique texture. Each work is thoroughly planned as an architectural project, where rigorous geometric sophistication is combined.
The artist works mainly with acrylic on paper and canvas, recurring with charcoal and china ink as preferred finishes. In another creative plan, he has also designed pieces of furniture and other objects. He has exhibited regularly in cultural institutions and galleries since 1975. He has also participated in numerous group exhibitions in Portugal and abroad. He was part of the board of the Porto Commercial Association between 2008 and 2012, during the presidency of Rui Moreira. His work is displayed in several public and private collections in Portugal and abroad: CAM – Calouste Gulbenkian Foundation Modern Art Center, Lisbon; at the Nogueira da Silva Museum, Braga; and at Societá Dante Alighieri, Porto.