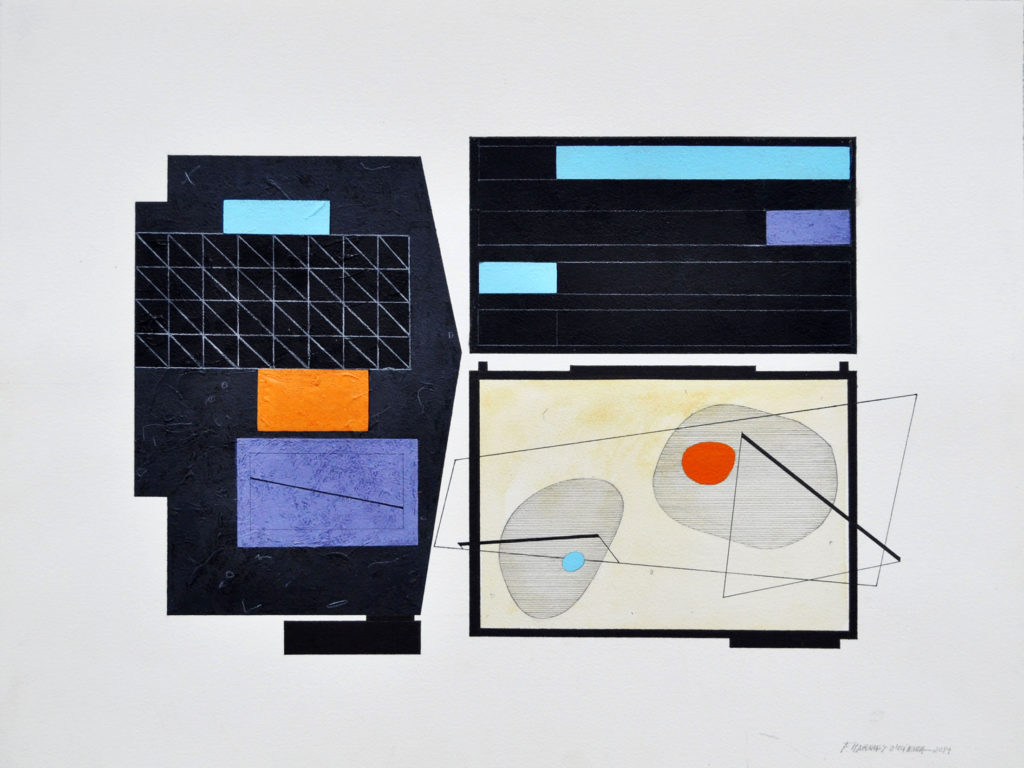 Fernando lives and works in Porto. He attended the Escola de Belas Artes in Porto  Porto and the Academy of Watermael – Boitsfort in Brussels, where he lived.
«… The visual allegories of Fernando Marques de Oliveira serve an idea of humanity between the disillusionment of the apparent simplicity of the composition and the means to reach a depth that goes beyond the two-dimensionality of these paintings, which the author insists on calling drawings. Drawings lead us to the domain of planning, sketching, prototyping. In this sense, his “drawings” are utopian, but contrary to the abstract paintings of the beginning of the last century, they do not reflect a system that is about to emerge but rather a reflection of the uncertain times that we live in … »
Bruno Leitão