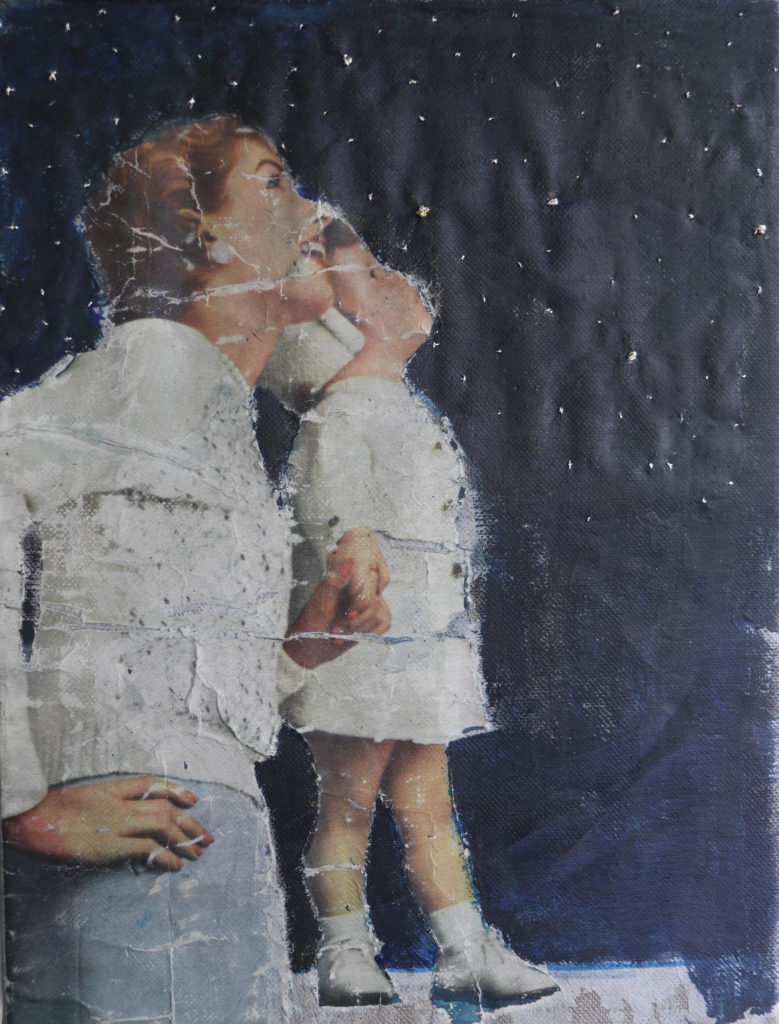 Gloria Herazo holds a degree in Plastic Arts at the National University of Colombia. She later completed her advanced studies in Materials technique at the National Institute of Learning in Costa Rica and Introduction to the social and therapeutic function of Art at the Complutense University of Madrid, Spain.
Herazo starts from the premise of being a woman, a mother, and an artist; her paintings of the late 90’s and early 2000 marks scenarios in which women play an essential “role”, society ladies, perfect wives, refined lovers who hide their identity because of their compositions, their recognizable features are cut off leaving only The pose, the fashion and the style. The identity’s annulment marks the death of the portrait and is replaced by something else: the object, the symbol, the power of the masculine, of the word and of the norm.
In her most recent works, containment is important; the format, the scale, the detail and the material are underlined and it translates into a fundamental part of the work. Her drawings of thread and time devour the paper and the fabrics that supports them. The trapped figures fight to deliver a message; a message that as viewers we shall search for; but be aware that we might as well fall into the deception of the subtle and beauty. We should avoid not biting the hook and be poisoned by their images, which are a cry from the foundations of gender and the position of women in society. Their formats are between the hidden minimum scale and the wall scale work. Herazo has exhibited her works in France, Brussels, Germany, Spain, the United States, Panama and Colombia.