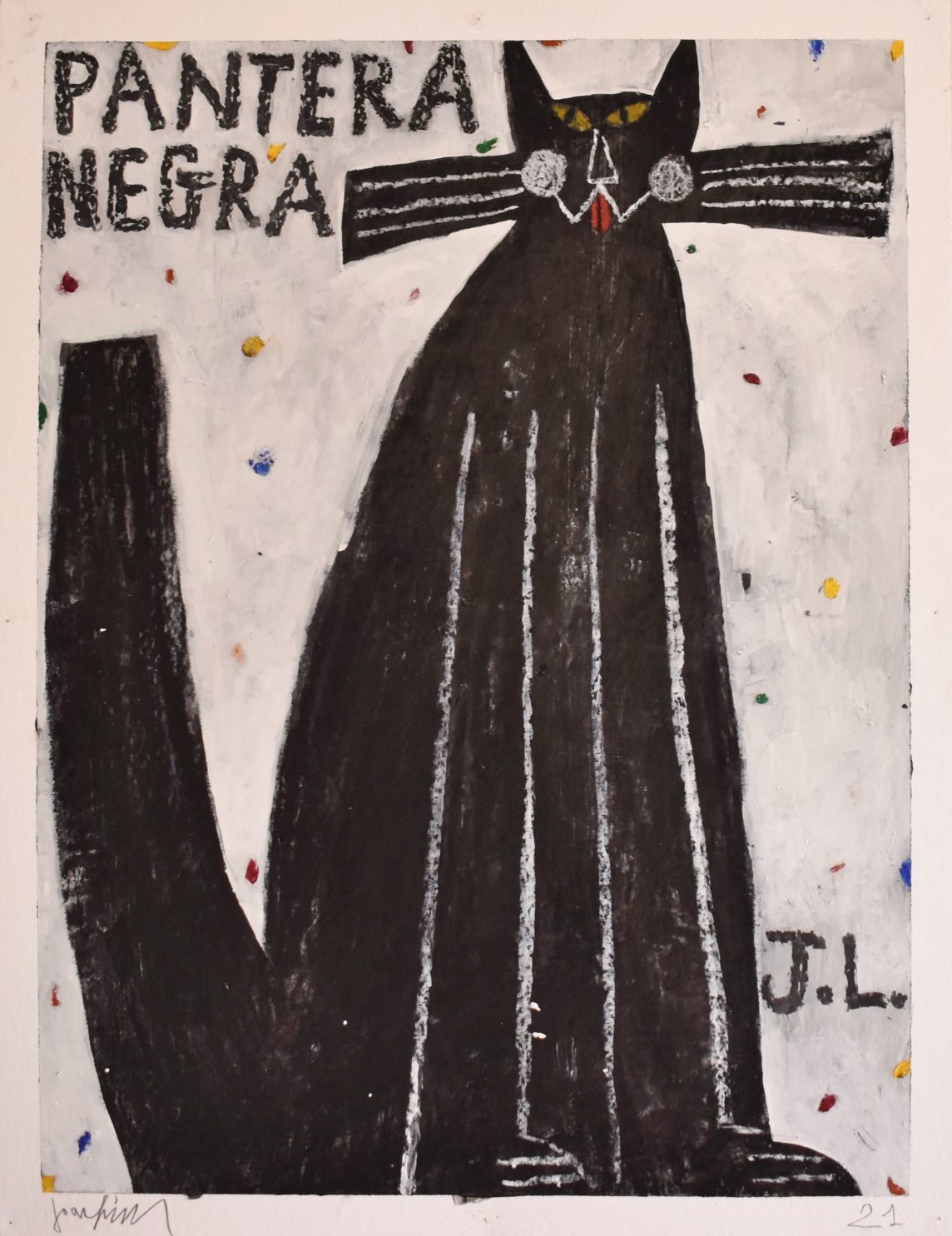 Joachim Lambrechts is a renowned urban artist from Antwerp, Belgium. In 2001 he began his studies at an art school in Antwerp. Later he got very involved with the graffiti and street art scene in his home city and in 2004 he distanced himself from his academic education and left art school without graduating. In the years that followed, Joachim spent a lot of time experimenting with various approaches to graffiti and became quickly integrated into the Belgian street art scene. Since 2010, painting on canvas has been Joachim’s main focus in addition to creating street art across Europe. In contrast to his murals, Joachim never makes preliminary studies or sketches when he starts working on a canvas. Paradoxically, he feels freer within the four walls of his studio which is reflected in his paintings. They are the result of a more spontaneous process, and as such, possess a sense of urgency and innocence.