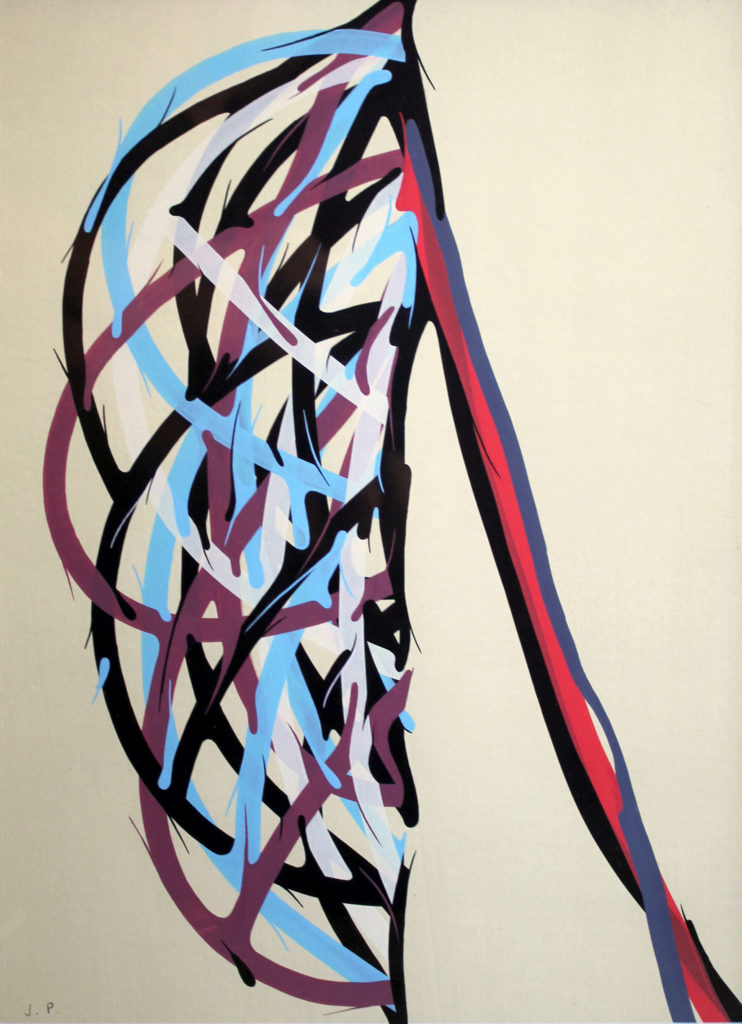 Piñar shows varied group of works, mainly of small size, representing some of his main ways of creation over the last few years. They range from several monochrome gestural abstract works to a carefully elaborated series of compositions created by the repetition of lines of many different colors. Finely drawn, these seem to have an extra-pictorial quality and in smaller sizes they become an object, a rare jewel.
Piñar has used second-hand frames and has adapted them to his work, as well. This, together with working in rather smaller sizes than usual, unites one group of paintings whose appearance is nonetheless very varied.