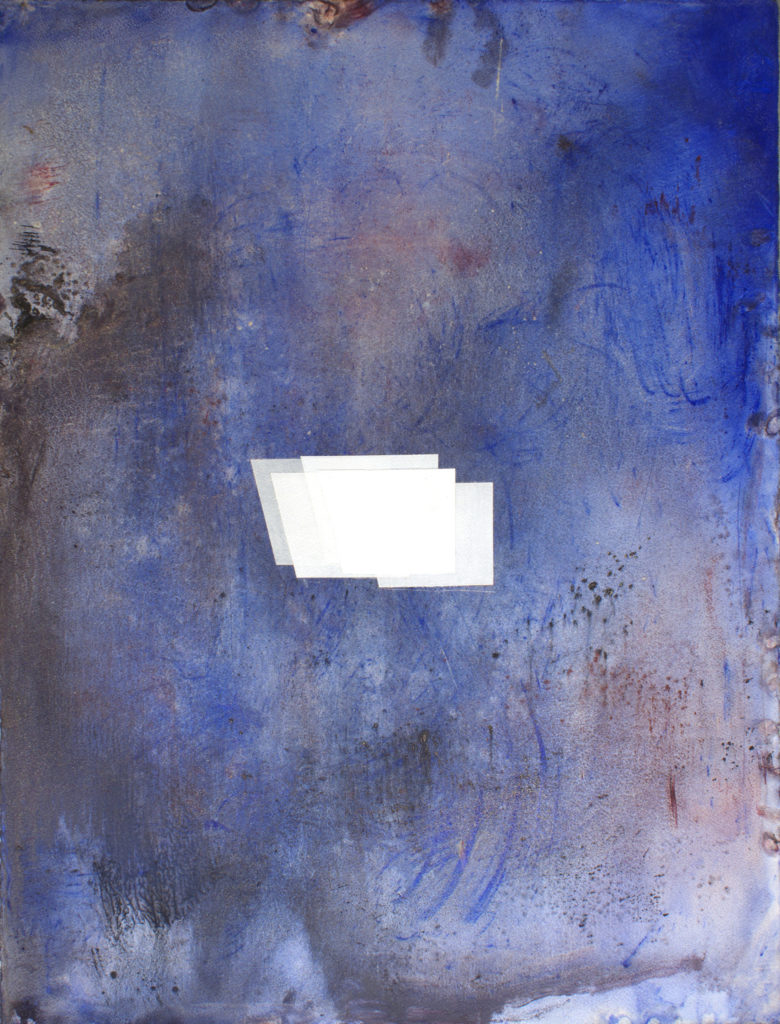 “In the residence No Entulho I tried to adapt to metallic surfaces a certain oriental tradition of texture construction in fabrics. Crumple, crease – engrave this position on material through painting – straighten again. Surface memory and the limit of material strength is the structure of image construction. Opacity and depth, stillness and movement are combined in bodies whose hard-to-identify references sometimes close or expand.
Screen – curtain – window – page – veil – stone. Communicating two-sided (front and back) planes – an expanding space, a coagulating crust. There is an idea of vertigo – vertigo in experiencing reality as figurative and abstract simultaneously. There is also an idea of transportation, linked to the idea of passage.
As images, they are treated as surfaces: surfaces as things in themselves and surfaces on a natural scale as they represent – space, wall, aperture, bottom, bottomless. There are coincident contradictory surface representations on the same plane. They are not representations of something exterior. They are a representation of the surface itself in an earlier morphology.”