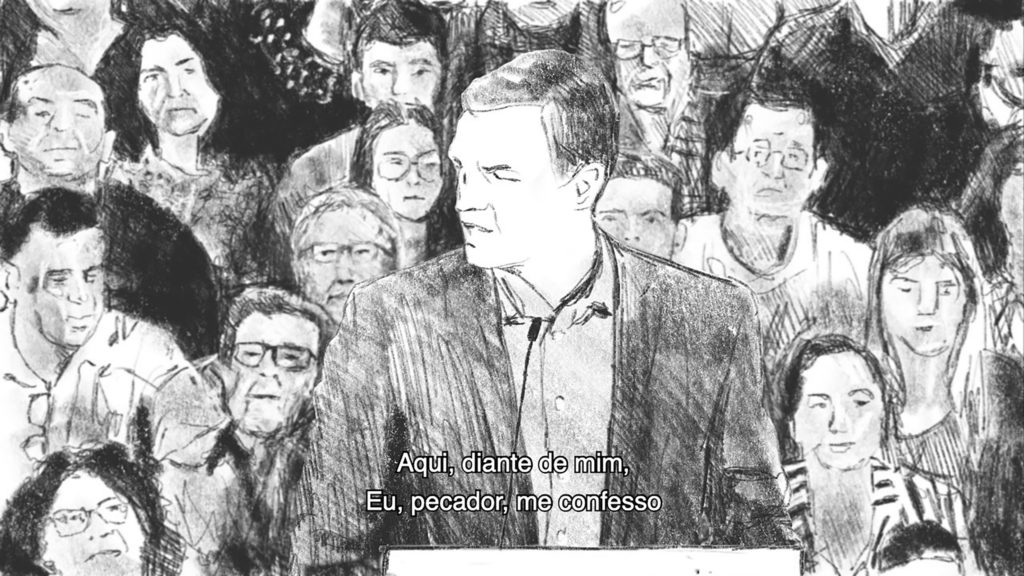 Martinho Costa (Fátima, 1984) lives and works in Lisbon. Subtitled Design 2 is the second in a recent series of video animations, combining text and cartoon. Making a collision of the initial sense of the diverse sources on which they are based. This video joins a journalistic clip found on the Internet with another poem by Miguel Torga.
Book of Hours shows a political rally and all the surrounding media staging. In it is gestured a political speech. At the same time, as if it were a subtitle, the poem Miguel Torga’s Book of Hours is passed through. The text is a poem-shaped confession in which the poet finds himself before the mirror.
Finally, the screen where this cartoon runs is mounted on a wall invaded by a huge charcoal drawing. It represents an ivy, the plant whose soft stem lacks a fixed surface to grow and invade the space that sustains it.