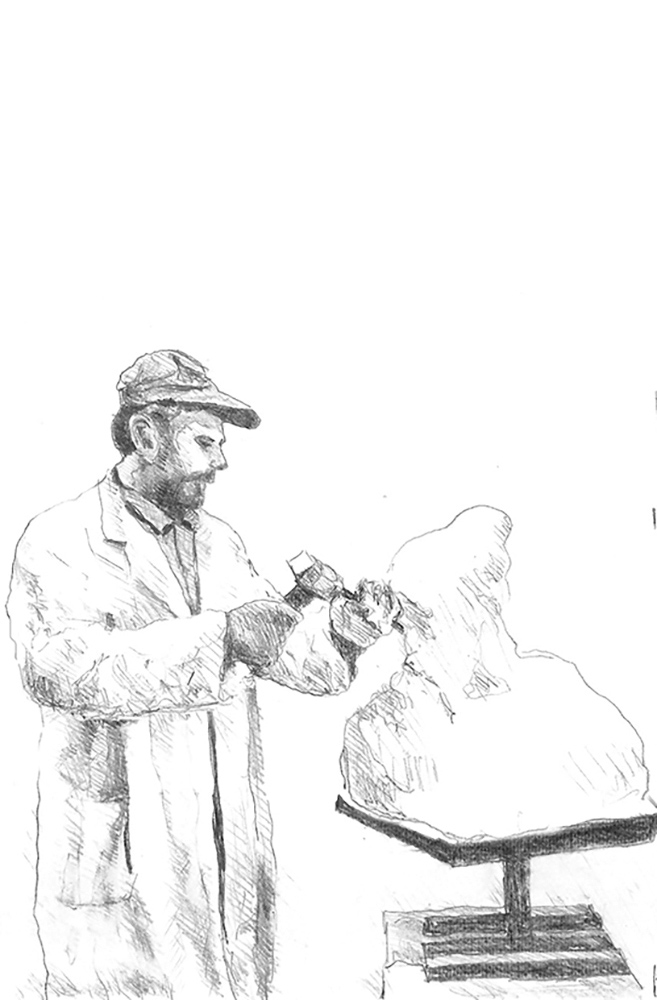 Martinho Costa lives and works in Lisbon, Portugal. He graduated with a degree in Visual Arts- Painting from the Faculty of Fine Arts at the Universidade de Lisboa in 2002.
“O escultor” depicts an action represented in loop: a character who is hammering a block continuously. In the first animation we can observe a sculptor fighting against the matter, trying to sculpt a block of marble in order to copy a model which appears on the screen located in front of him. The classical theme of the artist and his model as an act of creation itself, will be shown through the screen of a broken mobile. So, the fortuitous lines become superimposed on the moving drawing that appears under the screen. The cracks of the glass act as an autonomous graphic sketch.
The second video-animation depicts the model which is being used by the sculptor. Traditionally, the concept of sculpture implies not just the idea of three-dimensionality, but also the silence and the stillness. But, in this case, conditioned by the repetition of the same image that has been drawn several times, the mistery of movement and the belief of life take place.