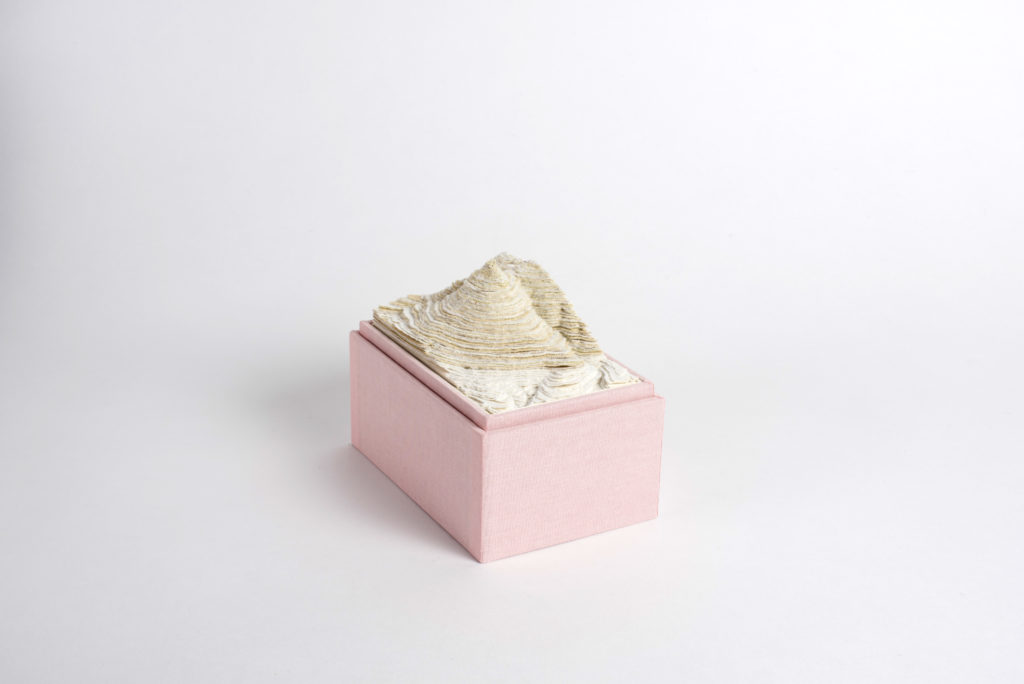 Nuno Henrique presents works from a series started in 2014 and concluded with the exhibition “desconhecem-se montes, encontram-se picos”, held at Módulo in 2018.
The series is composed by small boxes that hold topographies made of perforated paper cutouts. Through the use of various paper sheets the artist adds and subtracts volumes, textures and colors. The topography represented is always the same: the reliefs of sítio do Dragoal and Pico Castelo – two toponyms that resulted from Porto Santo Island’s brief history; Dragoal, an ancestral forest of dragon trees that disappeared with the island’s colonization; Pico Castelo, the shelter and last stronghold of islanders repeatedly attacked by pirates and corsairs.
Thus this series results from a need to continually look at the same thing. This gaze, although conditioned to a territory (physical, vegetal, sensorial), finds in this same condition the necessary freedom to give a view of the world.