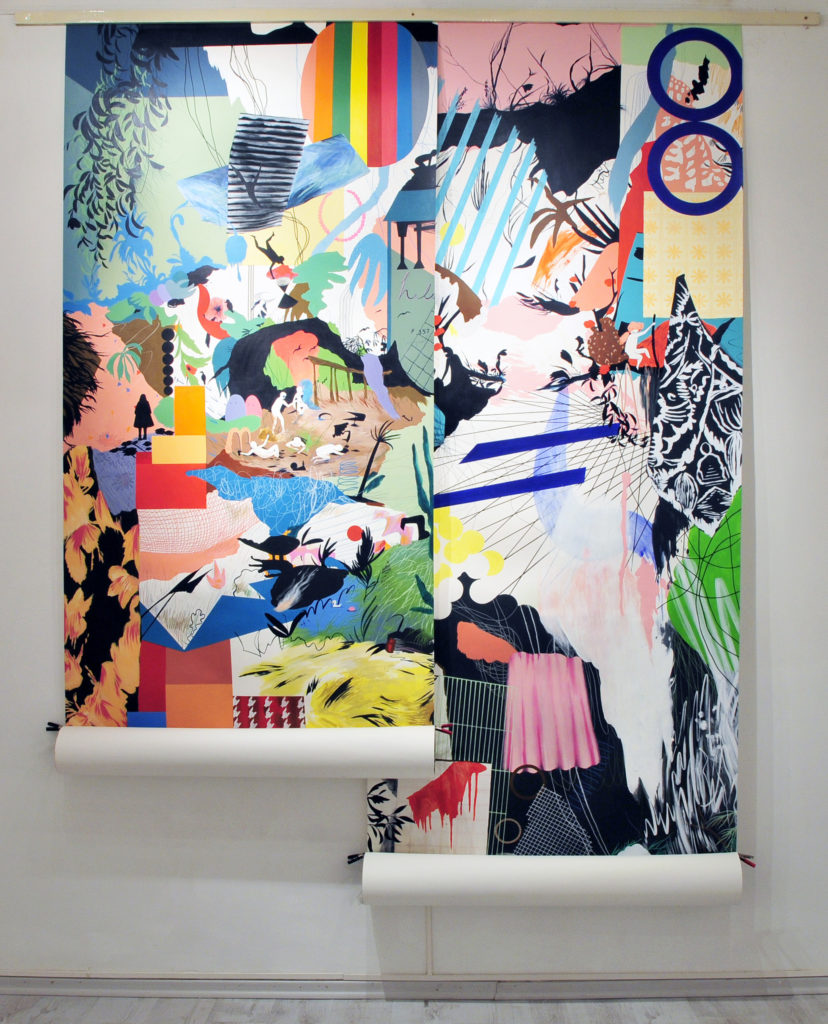 The works of Paula Otegui as a whole act like the world’s stage, like a general rehearsal of the theatricalization of the human condition with metaphors, imaginary and dreamlike landscapes that focus on the relationship between the elements. Her work introduces in the same plane different places and situations that conform a reality within another.
A graduate in Visual Arts, Otegui has been awarded numerous times. She has received the Itau Cultural Prize, the Andreani Foundation and Williams Foundation Prize, the National Painting Prize from the Central Bank and the National Bank, the National Fund for the Arts Prize and the National Drawing Salon and Felix Amador, the UADE Grand Prize for Young Talent and the Klemm Foundation Award.