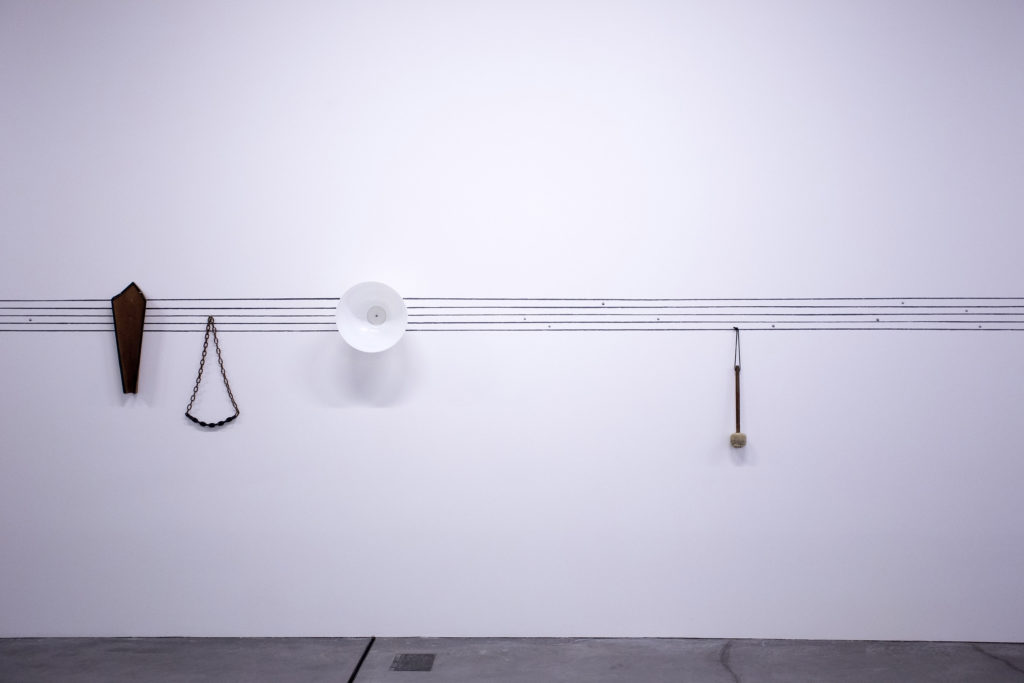 Pedro Tudela lives and works in Porto. Holds a degree in Painting by the School of Fine Arts of Porto (ESBAP). In 2011 he completes his PhD in Art and Design. Since 1999, he is an Assistant Professor at the Faculty of Fine Arts of the University of Porto and has received several awards of painting and drawing.

“Sound as a plastic matter. The indistinction between music, noise and sound. The contamination between the works. The relationship with the processes, with the happenings that occur in the spaces. The spatialization of sound. Entering the universe of Pedro Tudela (Viseu, 1962) is to establish a relationship with these realities or conditions. Even though this is an artist that does not obey to only one medium (he paints, he photographs) he still considers sound his elected matter, the privileged tool of a work that began in the 1990’s.”