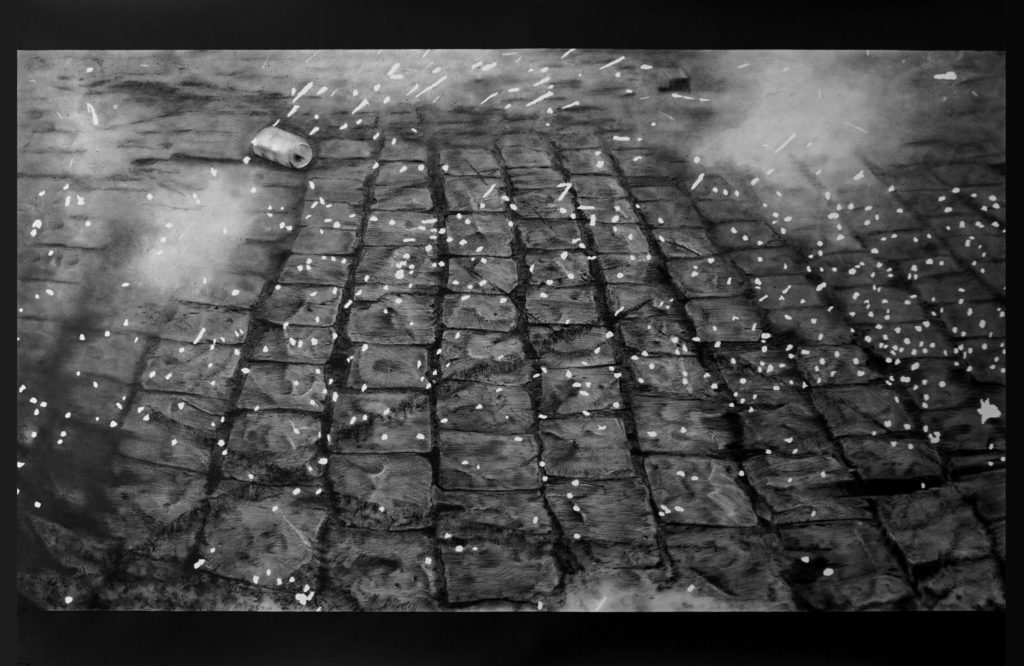 Zé de Rocha  is a visual artist. His research starts from the polysemy of the word “risco” in portuguese – used to designate a simple drawing on a surface or the possibility of being in danger – to create graphic works, specially on charcoal or graphite, that explore dangerous or violent situations. It’s not about illustrating aggressiveness, but finding a tension that is conformed in the image, establishing symbolic relations or cause/effect associations that refers to ideas of risk. Awarded in many regional art salons, including IX Bienal do Recôncavo, Zé de Rocha has also been part of important national exhibitions like III Bienal da Bahia, 64th Salão de Abril and Arte Pará 2016, besides international projects in galleries and art fairs in Italy, the United States, Portugal and France.