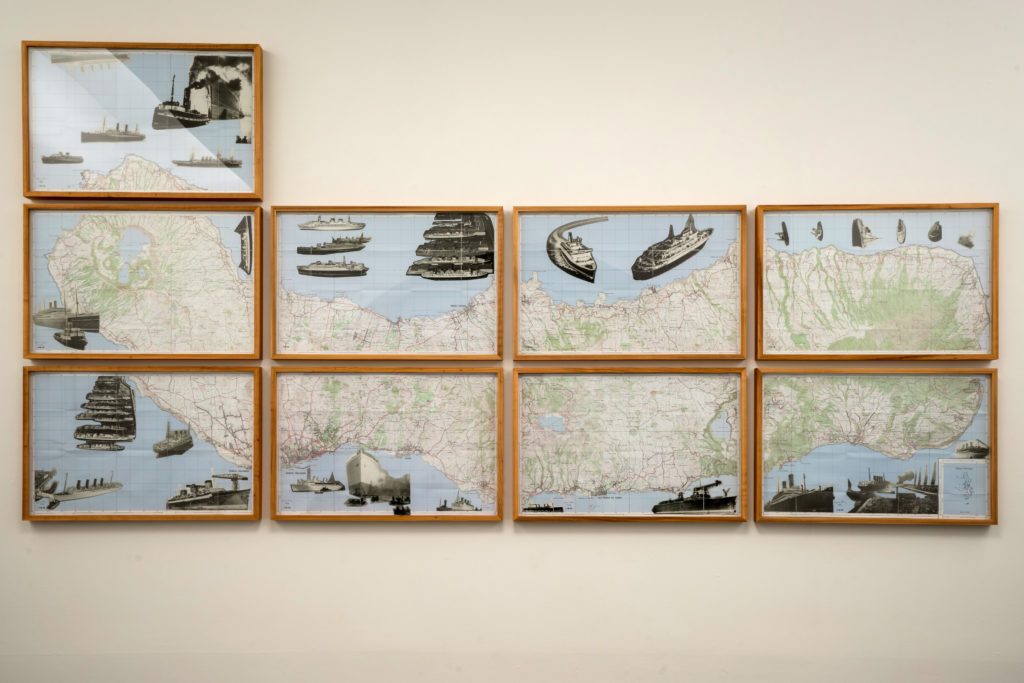 Miguel Palma lives and works in Lisbon. His work frequently handles questions on technological development, ecology, the belief in images, the idea of power, the infant-juvenile world, the obsession for the machine.
“Backstage of an Island” is a series of nine coulages where military maps of the island of São Miguel are disruptively frightened by passenger boats in threatening routes. Can these boats be considered metaphors of the confrontation with the “other”, who will inevitably arrive in masses, in the future? In Miguel Palma’s work, what remains is the tensive questioning about the world. His imagetic devices convoke the uncertainty as a paradigm of the most critical relationship each one should maintain with reality.